[Some example Jobs and news related to OVOP and RE]

Jobs of TMR
・Nihon Miraikan (Japanese National Museam)
Job from the Japanese national sector; Research conducted in 2006 regarding evaluation of the National Museum of Emerging Science and Innovation in the effect to Japanese accessing the future advanced science.
・Analysis for Yawata City
Job from the local government; The management and consulting for developing the evaluation system of the official desk works in Yawata City of Kyoto Prefecture in the every year of 2001―2008.
・Workshop in Shiga Prefecture
Regional Excellence Workshop regarding OVOP produced by TMR in Science Museum of Water Environment for Biwa Lake in Shiga Prefecture in 2014.

Oversea service of TMR
Think Mate Research supports International OVOP Policy Association. According to its OVOP activities, TMR is developing Regional Excellence Policies.
(OVOP: Original One Village, One Product Movement Initiated by the former Governor Hiramatsu.)
(RE: New OVOP Movements and Regional Excellence Policies are planned and implemented by TMR cooperated with clients.)
・The key person of TMR CEO; Dr. Hiroshi Murayama who is the president of International OVOP Policy Association, had a presentation about OVOP activities in the symposium held by Sarawak Prefecture in Malaysia in March in 2015.
・TMR produced and managed OVOP workshop in Oita Prefecture in Japan for visitors from Johor Prefecture in Malaysia in February in 2014.
・The 3rd annual conference was held in Hanoi in Vietnam in December, 2010 in cooperation with the 7th OVOP seminar. TMR participated the Fair.

Dr. Hiroshi Murayama was a professor in the Faculty of Policy Science of Ritsumeikan University and a professor of Graduate School of Public Policy of Ritsumeikan University. He was the Dean of College of Policy Science in Ritsumeikan University and was the Dean of the Graduate School of Policy Science in Ritsumeikan University. He continues to teach in Collage of Policy Science in Rutsumeikan University. He is also the President of International OVOP Policy Association. He got his Doctor of Philosophy in Political Science from Kobe University in Japan. He has published many books and academic articles on public policy, political science and political culture. The most well-known book of his is Policy Culture and Publicness in the Policy System, Yuhikaku, 2009 (In Japanese), which was received a prize from the Japanese Society for Public Policy, 2010. Significance of the Regional One-product Policy: How to Use the OVOP/OTOP Movement (Thammasat Printing House, Thailand, 2012, editor) was written in English and translated to Spanish. The resent academic interest of his is the subject of people’s trust towards an administration in a public policy system, which was presented in the annual conference of the Japanese Society of Public Administration in 2011 and was presented in the annual conference of .the Japanese Political Science Association in 2015. 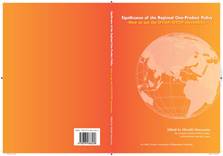 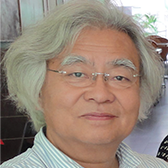 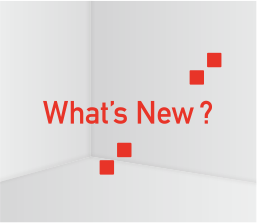